Revisiting Café de Lipa in Market! Market! after almost a year. I used to go here to get my morning coffee when I’m still working around the area.

That night, I bought a Tall Iced Chocolate Cream Frappe and a Dulce De Leche bar. Too bad, the only cheesecake they had was the blueberry ones (but I preferred plain nowadays).

The cafe was neat and cute, but they don’t have a bathroom. The servers/baristas were both attentive and polite with their customers. Not to mention they’re both beautiful. 🙂

The Dulce De Leche bar was fairly great; although it was too sweet and quite tough, I really like it. The drink on the other hand, tastes like Emperador at first sip. Wow alcoholic chocolate cream frappe, anyone!? I thought it was just the first taste but the more I sip it, the more it tastes like brandy. Nyay!

So I mixed it well and sooner it tastes better. Maybe the chocolate they used was too strong, that’s why it tasted like brandy? 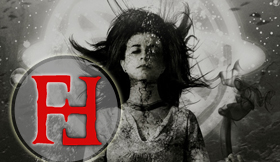